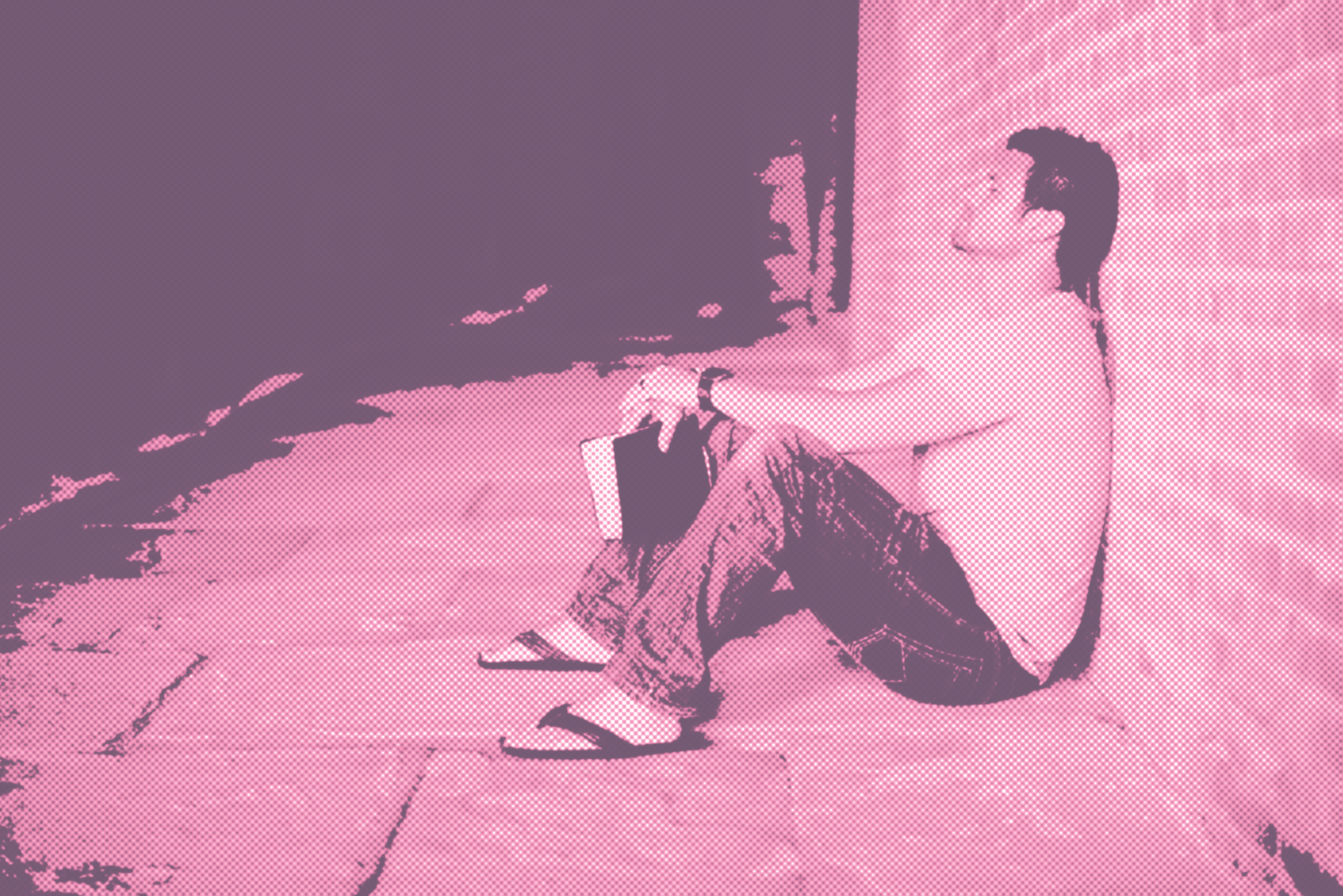 The First Drop Of Rain

There’s nothing quite like the refreshment of a summer thunderstorm. I’m sure you know what it’s like. It’s a hot summer’s day. The air is thick with heat, and you’re drenched with sweat. The sun is unbearable, and the humidity is stifling. But at about 4 o’clock in the afternoon the breeze starts to pick up. It gets stronger. The clouds roll in. Then finally, at about 5.30 pm, you feel the first big heavy drop of rain fall on the back of your neck.

Now, if you paused the picture there, you’d be thinking, ‘OK, so one raindrop. It’s nice, but that’s not going to bring the refreshment we need!’ But as soon as you take your finger off the pause button, you know what happens next. The rain starts to bucket down. The wind sweeps the heat out of the air. You smell the rain on the ground. You see the plants straighten up. Everything is refreshed. 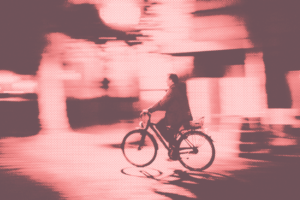 A Whole New Kind Of Life

The first thing to get straight is that there was a massive difference between the people Jesus raised and Jesus’ own resurrection.

But Jesus’ resurrection was different. He went into death, through death and out the other side. When Jesus rose from the grave, he rose into a whole new kind of life – the resurrection life of the world to come.

You can see this clearly in the Gospel stories (Matthew 28; Luke 24; John 20–21). After Jesus rose from the dead, he remained fully human. He ate and drank with his friends. He cooked breakfast for them on the beach. He showed them the scars in his hands and side, and he walked and talked with them like he had before. At the same time, his body was transformed. He appeared and disappeared at will. He never did that before his resurrection. More importantly, he never got sick, never got tired and, unlike the widow’s son, never died again. Luke explains in his Gospel how Jesus spent about 40 days with his disciples, teaching them from the Old Testament and helping them to understand how it had all begun to be fulfilled in his own life, death and resurrection. But then, when his work with the disciples was done, Jesus ascended to heaven to live with God and rule the world.

This, again, is good news. When Jesus rose, he came back into a whole new kind of life. He will never die again, and that means he is still alive today. 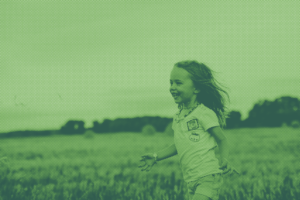 What is Jesus doing right now? The simple answer is that Jesus is ruling the world. Listen to this staggering claim Jesus made not long after his resurrection:

“I have been given all authority in heaven and on earth! Go to the people of all nations and make them my disciples. Baptize them in the name of the Father, the Son, and the Holy Spirit, and teach them to do everything I have told you. I will be with you always, even until the end of the world.” (Matthew 28:18–20)

This is no small claim. Jesus says that ‘all authority’ in heaven and earth has been given to him by God. He claims authority over every nation, government, company, hospital and school – and everything else in the entire universe, including every single human being. He is in charge. And that means the US president, the secretary-general of the United Nations and the CEOs of all the major global corporations are merely his deputies at best. It also means that you and I belong to him. Jesus is the one who holds real and lasting authority over everything that happens in the world.

The Shepherd & His Sheep

This is where it really gets exciting, because we start to see not only what Jesus’ resurrection meant for him, but also what it means for us and for the world.

There are many things we could talk about here, but let me highlight two of the most important things Jesus is doing right now. The first is that Jesus is leading and helping everyone who has put their life in his hands. That is one of the really great things about being a Christian. Who better to trust with your life than Jesus, who knows all about life, laid down his life for his people and holds the universe in his hands? If you have been talking to God as you have been reading, and if you have handed control of your life over to him like I encouraged you to do at the end of chapter 10, you can be sure that he has got your life in his hands. Consider this quote from Jesus in the Gospel of John:

Jesus here describes himself like a shepherd looking after his sheep. Because of his resurrection, we can be certain that Jesus is still alive right now. He is ruling over the world. And at the top of his agenda is looking after his sheep, gathering his people to himself and caring for those who put their lives in his hands. If that is you, you can be sure that Jesus is caring for you. No matter what is going on in your life, you can bring it to him in prayer and ask for his help. No one can ever snatch you out of his hands. He will look after you forever. In fact, on another occasion, Jesus promised his friends that after he ascended to God his Father, he would send his Spirit to live with them, remind them of his love for them and teach them how to live (John 14–16). If you have handed your life over to Jesus, you can be sure that his Spirit is with you right now, helping and guiding you every step of the way.

That’s one of the things Jesus is doing right now.

The End Of The Great Restoration Project

The other thing Jesus is doing is equally exciting. Right now, as I write and as you read, Jesus is preparing to complete God’s great restoration project for the world.

A while back, some good friends of ours bought a house. It cost them a packet, and to be honest, it seemed like a real dump. The yard was overgrown, paint was peeling off the walls and the bathroom was a mess. When I first saw it, I thought, ‘Wow, you’ve wasted your money!’ It wasn’t long, however, before they started the renovation. The first thing they did was rip up the carpet and polish the floorboards. As soon as they did that, I started to see the place had real potential. They were going to knock out a wall and open up the whole back half of the house. They were going to get the backyard landscaped and the bathroom redone. They were going to redo the kitchen and repaint the whole thing. It was going to take some hard work, but in the end, it was going to be a great house.

When God brought Jesus through death and out the other side, he started the job of renovating and restoring the world. He started the job of making everything new. Jesus’ resurrection is a bit like those polished floorboards: when you look at him raised from the dead, you get a glimpse of where the world is headed. You see, the big difference Jesus’ resurrection makes is that there is now one person – a human being like us – who cannot be touched by sickness, crying, pain and death. Jesus himself has been made new. God’s great renovation project has begun. It is now only a matter of time before Jesus comes back to finish the job!

Jesus said that much himself. Already, before his death on the cross, Jesus spoke to his disciples and promised that one day he would come again and make everything new (Matthew 19:28). Then after his resurrection, Jesus appeared to John (one of his disciples) and gave him an incredible vision of where the world is headed. John wrote it all down in the Book of Revelation in the New Testament. Towards the end of that book, John records Jesus’ wonderful promise: ‘Truly, I am coming soon’ (Revelation 22:20). Just before that, John explains that he heard a voice – the voice of God – saying:

“God’s home is now with his people. He will live with them, and they will be his own. Yes, God will make his home among his people. He will wipe all tears from their eyes, and there will be no more death, suffering, crying, or pain. These things of the past are gone forever.” (Revelation 21:3–4)

And finally, the voice that John heard said this: ‘I am making everything new’ (Revelation 21:5).

And right now, Jesus is preparing to finish the job. 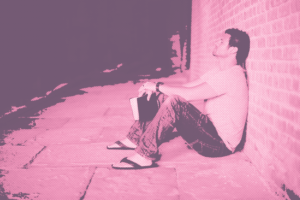 So Why The Wait?

There is only one question left. It is this: why is God waiting? Why does he not step in and make everything new now?

This is a big question, but there is a simple answer. God is waiting because he wants to give people time to stop being part of the problem with the world – to turn away from their sin and back to him by trusting in Jesus.

Jesus himself didn’t talk about this during his life among us. That is no wonder: the people he was talking to were still struggling to get their heads around the meaning of his life and death! But in one of his letters, Jesus’ disciple Peter gives us exactly this answer.

“Dear friends, don’t forget that for the Lord one day is the same as 1000 years, and 1000 years is the same as one day. The Lord isn’t slow about keeping his promises, as some people think he is. In fact, God is patient, because he wants everyone to turn from sin and no-one to be lost.” (2 Peter 3:8–9)

God is waiting because he doesn’t want anyone ‘to be lost’. When Jesus finally comes to finish the job, to clean up the world and  restore God’s masterpiece, he will also judge the world. When he does that, God will get rid of all the sickness, suffering, sin and death in the world. But this means that he will also judge, and condemn, those who continue to live as slaves of sin. And so, God is waiting. As Peter says, ‘God is patient’; he is allowing people time to turn from their sin, receive his forgiveness and make a new start with him by trusting in Jesus.

Waiting On Us To Change…

I wonder, is he still waiting on you?

If you haven’t sorted things out with God, I want to put it to you straight: what is stopping you? Why not do business with God right now? Ask him to forgive you. Ask him to change you. Ask him to help you start a new life with him today.

Here, again, are some words you could use. Why not talk to God right now?