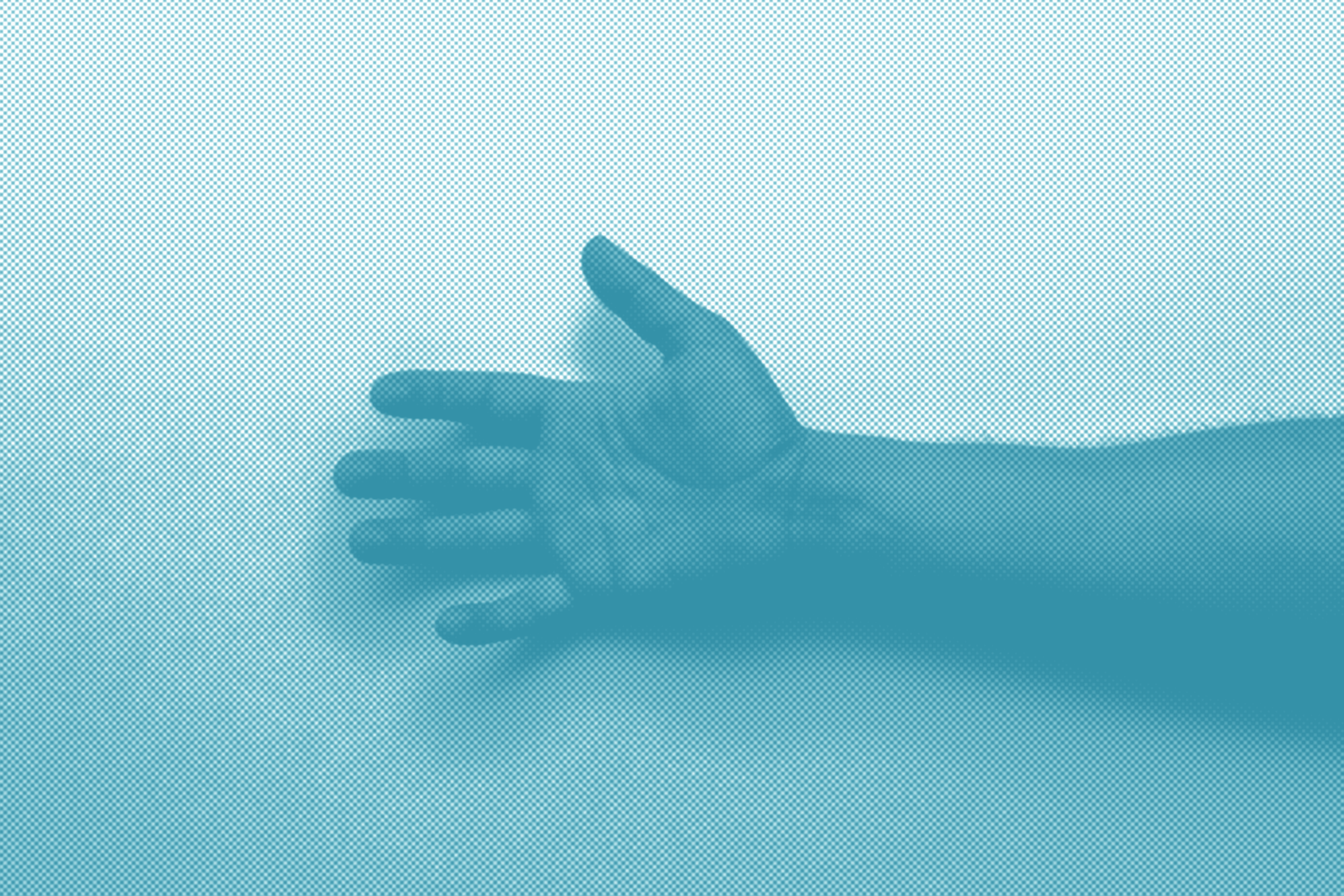 Some experts reckon that this generation of kids has gone through life in bubble wrap. You know what I’m talking about. Bubble wrap is that stuff you use to protect the breakables when you are moving house. It is certainly good for that, but it’s also fun to pop! Anyway, some experts think that this generation of kids has been wrapped up too much. They reckon that parents – because they love their kids – have been too quick to shield them from the hardships in life, with the result that kids these days have it too easy.

I’m not sure if that’s true or not. But it does raise the question: If Jesus was God’s Son, did God bubble wrap him?

Jesus talked about God as a powerful and generous father who loves to give good gifts. I guess that means the question has to be asked: Did Jesus talk like that because he had never experienced the ugly bits in life firsthand? Maybe the only reason Jesus could speak so positively about God was because God had given him some kind of special treatment.

It is an interesting thought, but as soon as you open any one of the Gospels, it becomes clear that Jesus didn’t get any special God-style bubble-wrap protection as he went through life. Jesus knew all about evil and suffering from his own firsthand experience. In fact, Jesus had a downright ugly life. 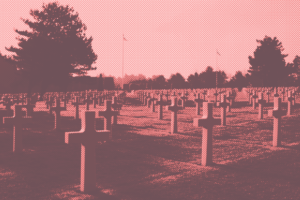 To begin with, Jesus’ birth was surrounded by scandal. The Gospels tell us that Jesus’ birth was a miracle. His mother Mary didn’t get pregnant in the ordinary way. Instead, because Jesus’ mission in life was so unique, God gave him a unique entry into the world. God himself caused Mary to fall pregnant. It was a miracle.

You’d think that this would be something to marvel at, something to celebrate. But some people thought (wrongly) that Mary had cheated on her fiancé Joseph. They thought she had gotten pregnant by some other man. And so, Jesus’ birth was surrounded by scandal.

Things quickly got worse. Soon after Jesus was born, Herod ‘the Great’, the king of the Jews at that time, tried to have Jesus killed. Word had gotten out that some people were expecting Jesus to become a great leader, and Herod felt threatened. He was the king, and he wanted to keep it that way. Herod therefore ordered the execution of all the baby boys under the age of two in Bethlehem, the town where Jesus was born. Historians estimate that maybe 20 boys were executed at this time. Jesus’ family narrowly escaped. They fled from Israel down to Egypt and were forced to live there as refugees.

It wasn’t a great start in life.

When Jesus began his life’s work and started teaching people about God, he quickly found himself offside with the religious and political leaders of his day.

You’d be right if you thought that people would be keen to learn about God from Jesus, because heaps of people were. Huge crowds followed Jesus. The problem was that this made the religious and political leaders jealous. One group, known as the Pharisees, had set themselves up as the authority on all things religious. They loved being the experts on God; it gave them power and respect from other people. When Jesus came along claiming to teach the truth about God, most of them weren’t impressed.

Some of the Pharisees tried to turn the crowds against Jesus. They asked him trick questions to try to make him say something that would upset people. But that didn’t work. Jesus’ answers were always spot on. It was the Pharisees who ended up looking stupid, and that just made them angrier.

Other groups, too, felt threatened by Jesus. Herod Antipas had taken over from his father (Herod ‘the Great’) as the ruler of the region. Some of the crowds following Jesus had started talking about making Jesus king. Herod obviously didn’t like the sound of that, so his supporters started working out what they could do.

It wasn’t too long before the Pharisees got together with Herod’s supporters and started plotting how they could kill Jesus. Therefore, Jesus spent much of his adult life with a price on his head. Powerful people wanted him dead. That’s an ugly way to live.

Finally, when Jesus made his last fateful journey to the Jewish capital, Jerusalem, the city authorities managed to arrest him. Because Jesus was popular with the crowds, it was difficult for them to arrest him without causing a riot. But they got their chance from the most unlikely source. One of Jesus’ closest followers – a man named Judas Iscariot – decided to betray him. The Jewish leaders gave Judas 30 pieces of silver, and in exchange, Judas gave them the information they needed. He sold the life of his friend and teacher for a month’s wages. He led them to the place where Jesus was spending the night just outside Jerusalem, and they arrested Jesus in secret under the cover of darkness. Almost as if to rub salt into the wound, Judas identified Jesus for the thugs who came to arrest him by greeting him with a kiss.

Now you might have thought that Jesus’ friends would have come to his aid at that point, but they deserted him. It is true that one of Jesus’ closest friends, a man named Peter, did try to defend Jesus for a moment. But his courage didn’t last long. Pretty soon, when Jesus needed his friends the most, they had all run away in fear.

Next, Jesus was put on trial before the Jewish leaders in Jerusalem. They mocked him, cooked up false charges against him and finally condemned him to death.

During this time, while Jesus was on trial, Peter was standing outside. He was hoping to find out what was going to happen to Jesus without giving himself away. When they asked Peter if he knew Jesus, he didn’t have the guts to own their friendship. Peter denied that he even knew Jesus. He did that three times.

The Jewish leaders couldn’t execute Jesus on their own. Since the Roman Empire had control over that part of the world at the time, if people needed to be executed, the Romans liked to do it themselves. So, the Jewish leaders took Jesus to the Roman governor, a man named Pontius Pilate, and asked him to execute Jesus. Pilate, however, couldn’t find anything wrong with Jesus and was going to let him go free. That is when the Jewish leaders stirred up the crowds against Jesus. They started calling out for Jesus to be crucified. Pilate thought a riot was about to break out, and so – because he knew a riot wouldn’t look good on his résumé – he decided to hand Jesus over to the executioners.

Jesus was spat upon, mocked, beaten and whipped by the Roman soldiers as they prepared to kill him. He was forced to wear a crown made out of thorn branches on his head. He was forced to carry his own cross outside the city to the hill on which criminals were crucified. He was stripped of his clothes as a form of public humiliation. He had nails driven through his wrists and ankles. He was hung up on the cross between two terrorists. He had a spear thrust into his side.

The Expert On All Things Ugly

Was Jesus bubble wrapped? You can judge for yourself. It is clear that Jesus was no stranger to suffering. He knew all about life in this world, and he especially knew all about the ugly bits.

All of this means that Jesus is well qualified to talk to us about life in a broken world. If we want to understand why the world is the way it is, then we can turn to him. He is the expert on all things ugly. 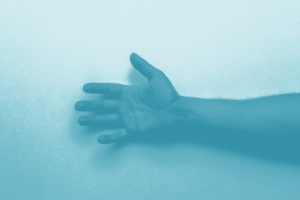