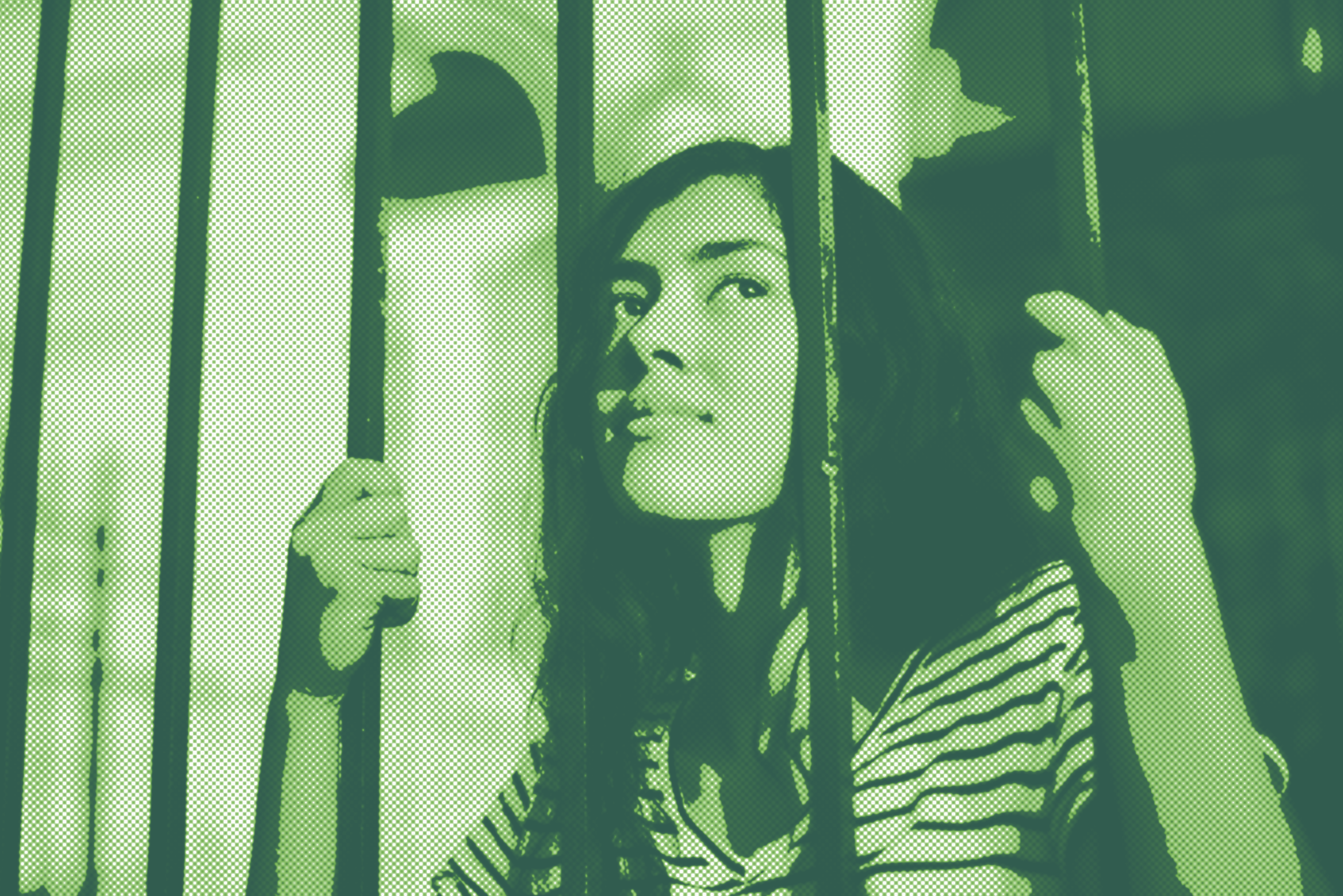 The Verdict Of The Experts

A few years ago, a bunch of ‘experts’ (scientists, economists, politicians) got together in Copenhagen, Denmark, to try to identify the greatest problem facing the world. They made a list of all the big issues: climate change, diseases, malnutrition, wars. They tried to work out which problems were most important, which problems could be fixed, and how much it would cost to fix them. It was an interesting exercise. What would you have put on the list? What do you think is the greatest problem facing the world? These experts decided that one of the greatest problems facing the world at that moment – and at least the one that we can fix most effectively – is the spread of disease, and especially the spread of HIV/AIDS. If they had met more recently, surely the global COVID-19 pandemic would have been near the top of the list. Not everyone will agree with this assessment, of course, but there is no doubt that the spread of disease is a serious problem for our world.

The Heart Of The Problem: A Diagnosis From Jesus

If you had asked Jesus the same question, however, he would have given you a very different answer. He wouldn’t have denied that disease, war, climate change and malnutrition are major problems. It’s just that he saw behind all those problems to their source, the root of all of them. Have a look at this story from the Gospel of Matthew:

“Some people soon brought to him a man lying on a mat because he could not walk. When Jesus saw how much faith they had, he said to the man, ‘My friend, don’t worry! Your sins are forgiven.’ Some teachers of the Law of Moses said to themselves, ‘Jesus must think he is God!’ But Jesus knew what was in their minds, and he said, ‘Why are you thinking such evil things? Is it easier for me to tell this man that his sins are forgiven or to tell him to get up and walk? But I will show you that the Son of Man has the right to forgive sins here on earth.’ So Jesus said to the man, ‘Get up! Pick up your mat and go on home.’ The man got up and went home. When the crowds saw this, they were afraid and praised God for giving such authority to people.” (Matthew 9:2–8)

The man brought to Jesus was paralysed. He couldn’t walk. That is a serious problem. But the first thing Jesus said to him was, ‘Your sins are forgiven.’ Jesus later went on to heal the man so that he could walk. But Jesus dealt with the bigger problem first, and the bigger problem is what Jesus called sin.

Sin is not a popular word these days, but don’t be put off by it. Sin means living as if God doesn’t matter. Sin is putting yourself first and putting God and other people at the edges of your life. Jesus saw that even though this man was paralysed, the even bigger problem in his life was his sin. He had lived his life as if he was the centre of the universe.

Another time, Jesus was talking with some of the Pharisees, and he spoke to them about the real heart of this problem:

“Then Jesus said: What comes from your heart is what makes you unclean. Out of your heart come evil thoughts, vulgar deeds, stealing, murder, unfaithfulness in marriage, greed, meanness, deceit, indecency, envy, insults, pride, and foolishness. All of these come from your heart, and they are what make you unfit to worship God.” (Mark 7:20–23) 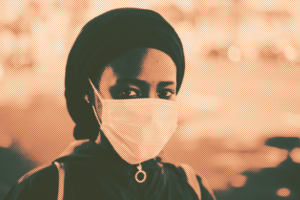 Where The World Went Wrong

Jesus probably had the Old Testament story about Adam and Eve, the very first humans, in the back of his mind as he said this. According to that story, the problem goes right back to the very beginning of human history, when the first people decided to try to live life without the God who made them. Adam and Eve deliberately and knowingly rejected God. They rejected the way of life that God had told them was the best way.

As you might expect, it was an absolute disaster. The result of Adam and Eve’s decision was that the whole world was thrown into confusion. Adam and Eve’s relationship with God was severely damaged. At the same time, they started blaming and fighting each other. Even the world itself – what we sometimes call ‘nature’ – was thrown into chaos. The result was that natural disasters, diseases and death, which were not part of the world at the beginning, became a ‘natural’ part of life.

Now you might think that this doesn’t seem fair. OK, Adam and Eve stuffed up. But that was their problem. Why should we all suffer for it? I can understand the question, but God in his wisdom chose Adam as our representative. And the problem with blaming Adam is that it assumes you or I would have done a better job. I’m not sure that’s true. Are you? If we are honest with ourselves, even the best of us have to admit that all too often we have lived as if we were the centre of the universe. All too often we have lived as if God doesn’t matter. All too often we have put ourselves ahead of other people.

What I have been saying so far is hard to hear, so I want to remind you that this is like going to the doctor when you are sick. There is good news coming.

Unfortunately, Jesus has a bit more bad news to deliver first. It is this: without God, the world is both guilty and stuck. Have a look at what he said about this to some of the Jews of his day: ‘Jesus replied: I tell you for certain that anyone who sins is a slave of sin!’ (John 8:34).

Anyone who sins is a slave of sin. This is strong language. To be a slave means that you belong to someone else. Someone else controls you. You no longer have the freedom to make decisions for yourself.

Jesus says that our predicament in sin is like that. We choose to live life our own way without God. We commit sin. But the problem is deeper than that. We are also slaves of sin. We’re stuck in sin, enslaved to sin, and no matter what we do we can’t get ourselves out.

Imagine you’ve gone down to the beach with your mates for a swim. The weather is rough and there is a big swell with a strong rip. There are clear signs up on the beach saying, ‘DON’T SWIM HERE’. But you and your mates decide you can handle it, so you jump in. Before too long you get caught in the rip. It is way too strong for you, and you are rapidly being pulled away from the shore. The waves are huge, and you are starting to drown. Did you do the wrong thing? Yep. Do you deserve what is happening to you? Yep. Can you get out of it on your own? Nope. You are both guilty and stuck.

Jesus says that sin is like that. When we choose to live life without God, we get stuck in a downward spiral of living that way.

Worst of all, when we live like this – as if God doesn’t matter, making up the rules for ourselves as if we are in charge of the universe – it ruins our relationship with God. We come under his right judgment.

This shouldn’t be a surprise. If you start to ignore your parents and live as if they don’t matter, rejecting the rules they make for your life, they will, no doubt, still love you, but it will make things difficult. Even though you might still live in the same house, your relationship with them will be broken. It will be no surprise when they impose consequences on you for your actions. You will come under their judgment.

It’s like that with God. When we try to live life our own way without him, it leads to a broken relationship with our Creator, and we come under his right judgment on our sin. This is what God said to Adam and Eve at the very beginning. He warned them that if they rejected him, they would come under the judgment of death. Instead of enjoying life with him forever, they would be excluded from his presence and suffer eternal death.

All of this is really bad news. According to Jesus, you and I, on our own, are not part of the solution to the world’s problems. We are part of the problem itself. This is because, from the very beginning, people have turned their backs on God. They’ve said ‘Thanks, but no thanks’, and they have tried to live their own way without him. All of us have done this in different ways. Not even the best of us have lived the life we were made to live. The awful result is that our hearts have become sick, our relationship with God has been ruined and we face his right judgment for our sin. 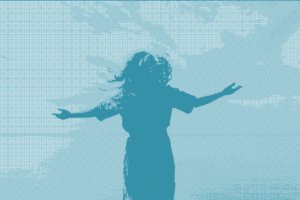 God has done everything needed to fix our broken relationship with him. In Jesus, God has taken upon himself the consequences for our sin and begun to heal our sick world.

Now might be a good time to pick up the conversation with God. If you do want to do that, you might say something like this: